The Mining Board in Vienna issued Special Order No. 692/1897 "aimed at ensuring the protection of persons and property in the event of an explosion of flammable gases or coal dust". 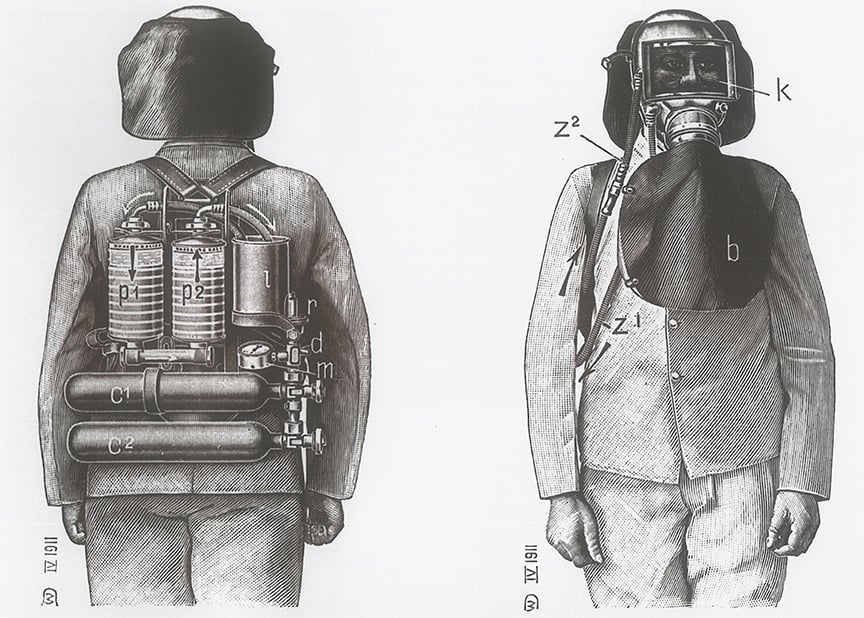 By the order No. 3228/1905 of the same Mining Board it was ordered to equip miners on mining floors with breathing apparatus, to subject miners assigned to the mining rescue service to regular medical examinations, etc. At the same time, the regulation also recommended that the rescue corps of individual mines be grouped into common corps. This regulation gave the first impetus to the creation of higher type mining rescue stations. The regulation also remembered the readiness of mine luminaries. 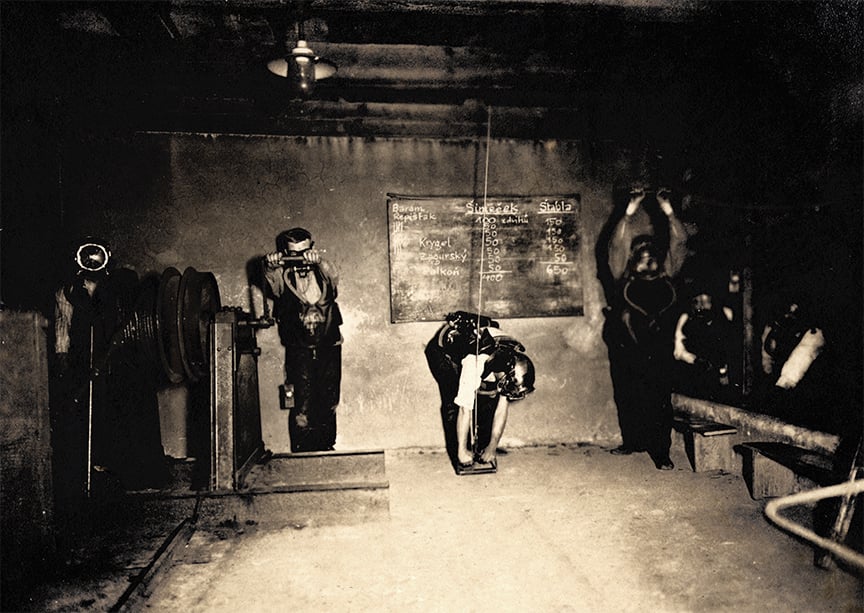 The Central Rescue Stations (CRS) as well as underground rescue stations were established by order of the Mining District in Vienna.

The first officially approved Central Rescue Station was established in the OKR of the Ferdinand Northern Railway mines at Zárubek (closed on 1 November 1946).

The Central Rescue Station of the Count Wilczek Mines at Trojice was approved (abolished in 1939).

The Central Rescue Station at Lazy was approved, the first station in history to be established regionally, regardless of ownership. The building served the mining rescue service until 22 May 1979. 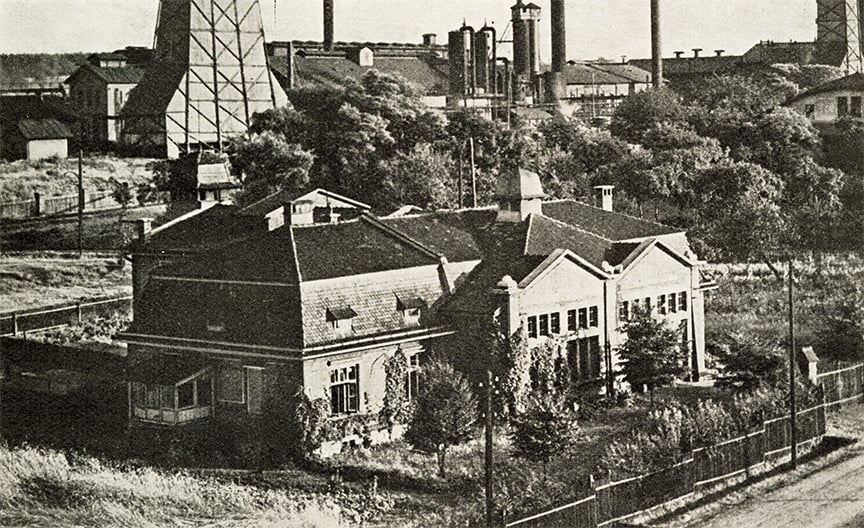 Order No. 290/1943 of the Ministry of Economy and Labour on the organisation of the mining rescue service in mining plants unified the requirements for the performance, system and equipment of mining rescue corps and stations throughout Bohemia and Moravia. The Anselm and Oskar mines were located in the territory of the then Great German Empire and were provided by the Central Rescue Station at Hlubina.

A decree of the Ministry of Industry established a unified mining rescue service with a three-tier organisation HBZS - ÚBZS (in 1961 their name was changed to OBZS) - ZBZS. Two HBZS were established, one in Most with the area of competence in Bohemia and the other in Ostrava for the territory of Moravia, Silesia and Slovakia (in Slovakia the HBZS was not established until 1 January 1960).
The HBZS Ostrava was established by the then OKD and had its own Rules of Organisation.

A government document on measures to increase mining and productivity in the OKR was issued, on the basis of which, in addition to the HBZS Ostrava, 4 more platoons were put on standby at the ÚBZS Lazy and 4 platoons at the ÚBZS of the General Svoboda mine in Ostrava Přívoz. Thus, the mine rescuers' standby force consisted of twelve platoons in total.

By Order No. 9 of the Minister of Fuels, professional mining rescue corps were established on 1 August 1957, first at the HBZS in Ostrava Radvanice and the ÚBZS in Lazi Lazy, later at the HBZS in Most and then at the uranium mines.

The world's first signed intergovernmental agreement on mutual assistance in the field of mining rescue services between the Czechoslovak Republic and the People's Republic of Poland, which is still in force.

After the accident at the Dukla mine (108 victims), permanent rescue patrols were established at OKR plants and subsequently in other districts. These patrols of three to five men were fully equipped to intervene and were located directly in the mine.

By Order No. 16/1963 of the Minister of Fuels, 8 rescue crews, i.e. at least 40 rescuers, were set on permanent standby for the HBZS in Ostrava.

At the Jan Šverma mine in OKR, a separate emergency unit of 1 platoon was set up; later, the Paskov, Staříč and Rudý říjen mines (mines with the danger of coal and gas bursts) were also provided with permanent emergency services.

HBZS Ostrava became a special-purpose organisation within the OKD Group.

HBZS Ostrava (including the workplace in Lazy) moved on 22 May 1979 to the newly built premises in Radvanice, Ostrava, where the company's headquarters remain until now.
A multilateral global open agreement on mutual assistance in the field of mining rescue services has been signed and is still in force. 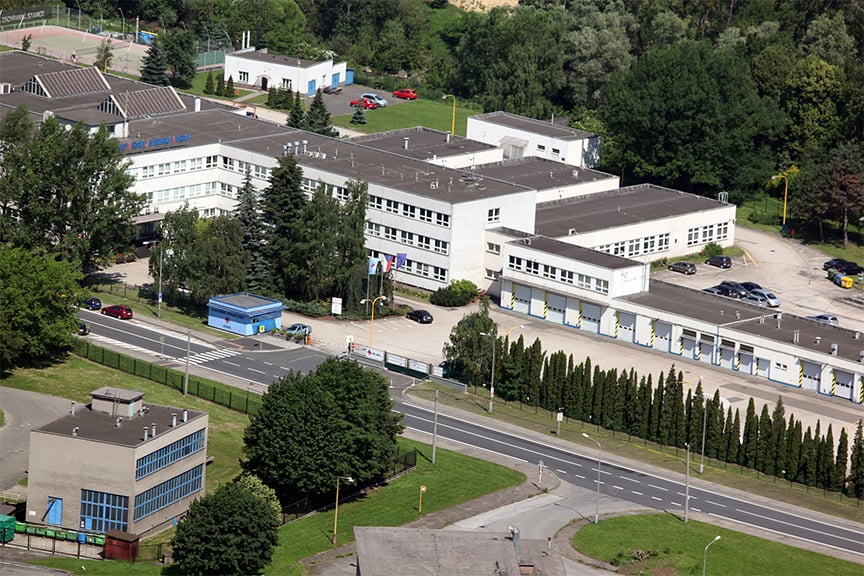 Pursuant to the Act of the Federal Assembly of the Czechoslovak Socialist Republic No. 44/1988 Coll., On the Protection and Utilization of Mineral Resources, and subsequently by the Act of the Czech National Council No. 61/1988 Coll. is, for the first time in history, ordered by law the establishment of a mining rescue service and its basic functions.

Operation of the central nitrogen management started. A 30 km long pipeline supplies the mines in the Ostrava-Karviná district with nitrogen gas supplied by MG-Odra Gas. The central nitrogen system operates in a preventive mode of approximately 8,000 m3.h-1 and is capable of supplying up to 18,000 m3.h-1 for 10 hours in repression, thus essentially replacing the use of steam-gas generators.

On 6 January 1994, OKD, District mining rescue station, a joint-stock company (as the only one in the Czech Republic) was established.

Ambulances in the early and late 20th century

With the issue of Act No. 206/2002 Coll. of 24 April 2002, the Mining Rescue Service became one of the mining activities within the meaning of Act No. 61/1988 Coll., on Mining activities, Explosives and State Mining Administration. 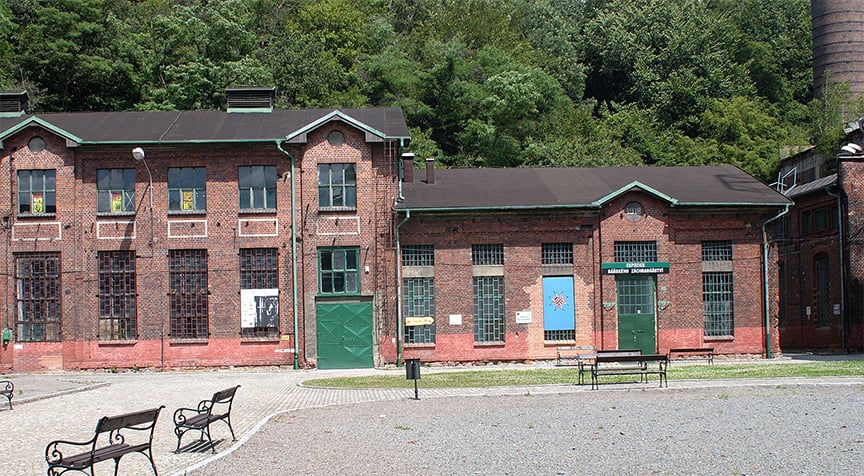 IMRB - the 4th International Conference of Mining Rescue Services took place in Ostrava with the participation of 140 delegates from 20 countries.

This year, the breathing equipment of the mining rescuers in the OKR was completely renewed. All ZBZS are equipped with Dräger PSS BG-4 working breathing apparatus (since 2006 used in accordance with the new European standards for long-term interventions).